Get Furnished - Sofa Shop in Henley on Thames, Oxfordshire

Get Furnished is a very friendly, family-run firm based in a picturesque little village called Nuffield, halfway between Henley-on-Thames and Wallingford.

Paul and Nikki Steiger, who set up the company in 2004, strongly believe their customers are their biggest asset. And this is why their loyal customers return to them again and again throughout their lifetimes - whether they're tying the knot, expecting a new addition to their family or downsizing.

Both of British ancestry, Paul and Nikki grew up, met and married in Zimbabwe before arriving in England in 2002. Having previously run their own business for ten years hiring out plant and machinery over in Zimbabwe, they snapped up the chance to set up their furniture business in the UK. Since then, the business has grown from strength to strength as a popular outlet for buying high quality furniture at hugely discounted prices.

We do not have any reviews about Get Furnished available right now.

This business has no reviews yet. 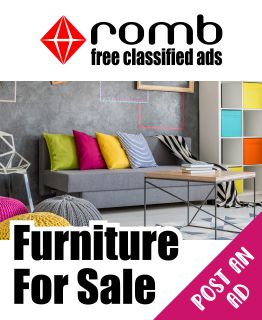